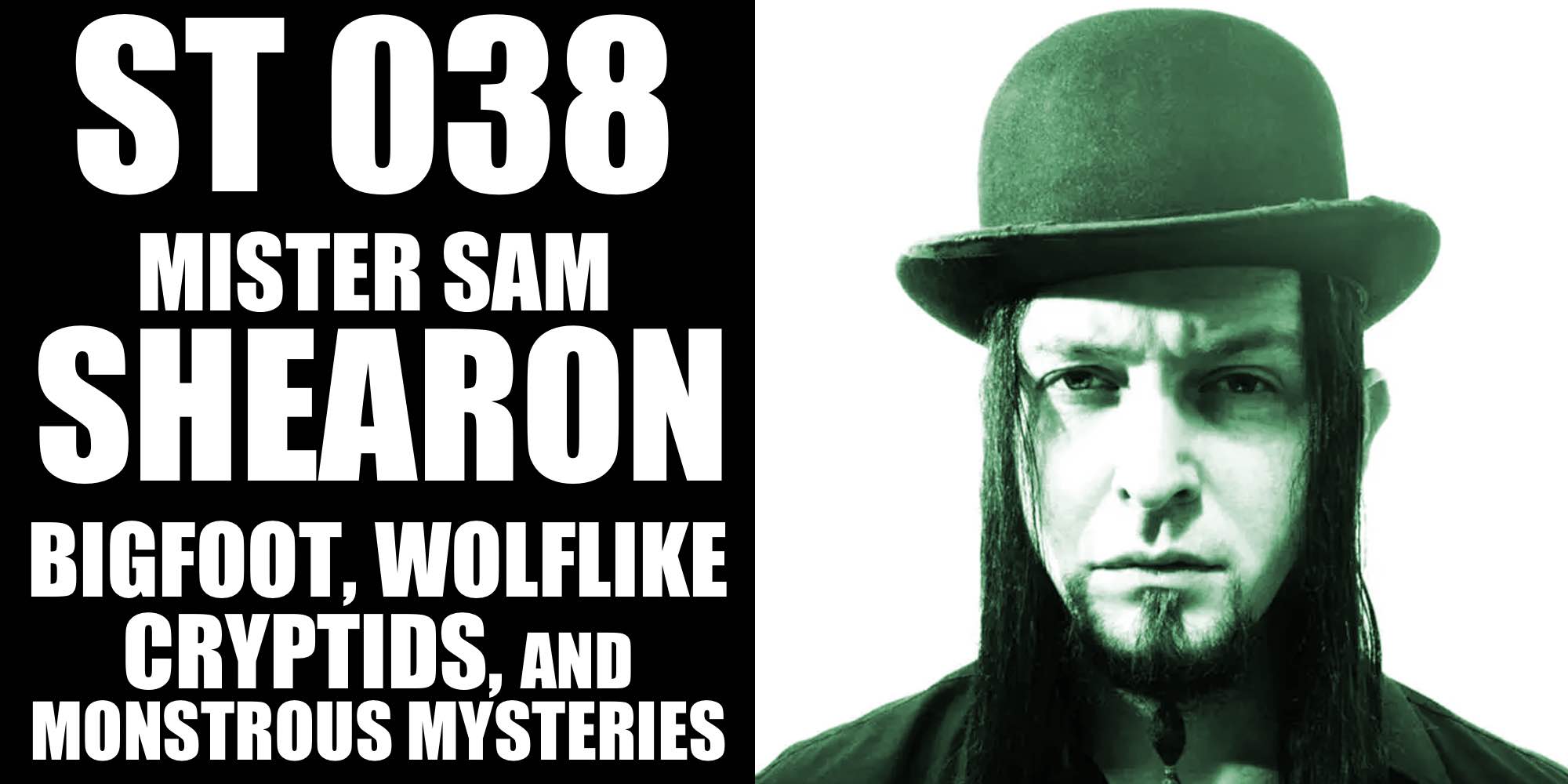 In this Halloween installment of Sasquatch Tracks, we are joined by Mister Sam Shearon, who in addition to being renowned for his unique cryptozoological artwork, presents an impressive knowledge of all-things Sasquatch, along with an assorted conversation about eerie cryptids in keeping with the season.

Along with his impressive horror art, Mister Sam Shearon is known for his work in the field of cryptozoology, most notably for cryptozoology book covers, film posters and compiling artists impressions of cryptids from eyewitness accounts. His work can be found in publications of the Fortean Times, Paranormality Magazine as well as the cover artwork for Vesuvian Media, IDW publishing, Boom Studios, Stan Lee’s Pow! Entertainment, Clive Barker’s Seraphim, and also for horror magazine Fangoria’s ‘Trinity of Terrors’. He has created album artwork and merchandise for bands including: Slayer, Ministry, Rob Zombie, Rammstein, Filter, KISS, Iron Maiden, Jason Charles Miller, American Head Charge, Powerman 5000, HIM and many more.

Sam spends some time in this episode discussing everything from Sasquatch, to mysterious wolflike cryptids, and much more in a conversation curated especially for the Halloween season.