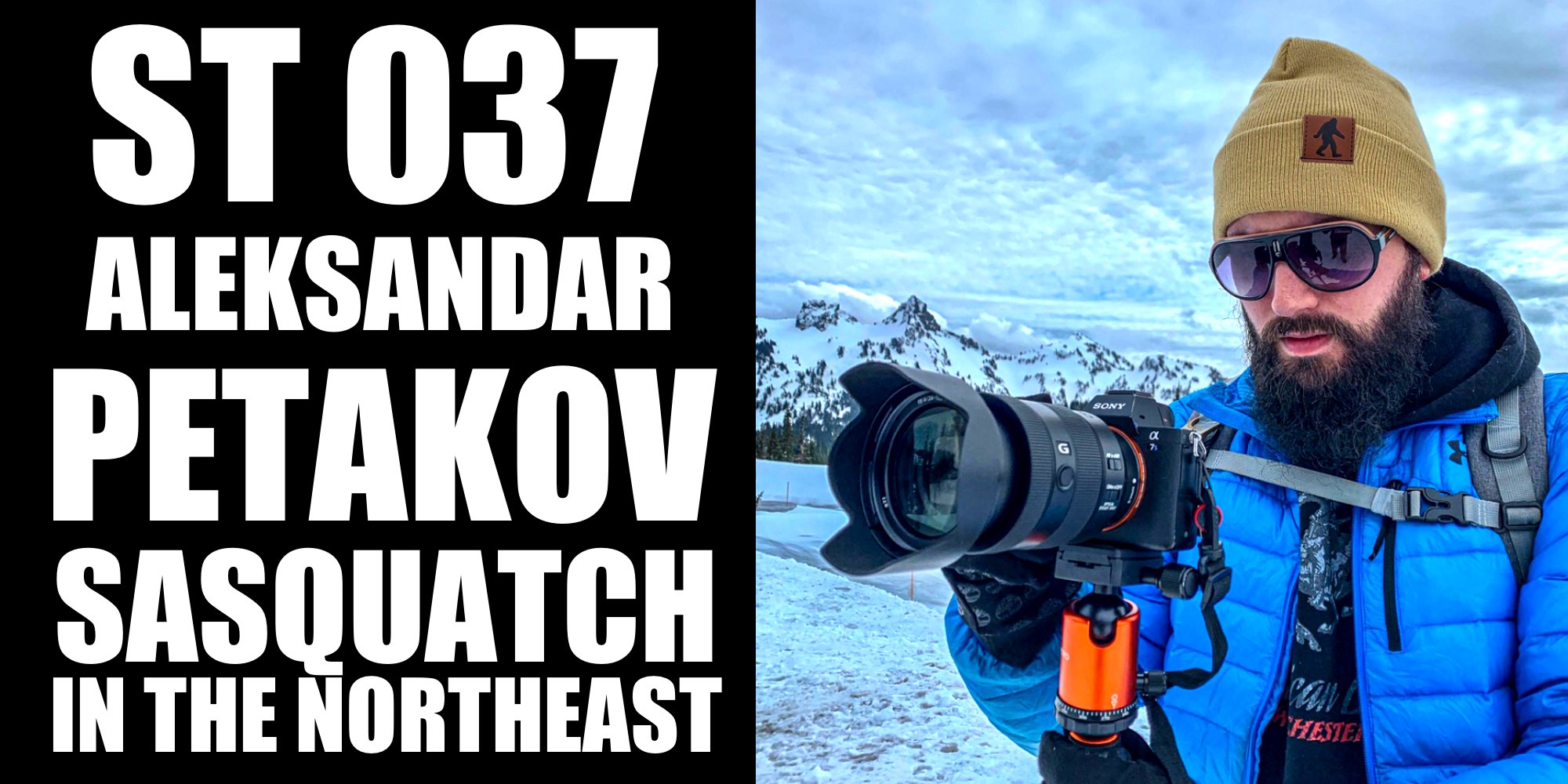 In this installment of Sasquatch Tracks, the team is joined by researcher Aleksandar Petakov for a discussion about his wide-ranging cryptozoological interests.

Aleksandar Petakov was born in 1993 during the last year of Apartheid in South Africa to parents that fled civil war in the former Yugoslavia. He grew up in the United States & has always been interested in global events, history, the outdoors and adventuring. Traveling across the United States and the world, Aleksandar has looked into various Cryptozoological creatures such as Sasquatch, the Loch Ness Monster, the Lake Champlain monster, Mystery big cats as well as other Fortean phenomenon such as UFO’s and mysterious places ranging from the paranormal Bridgewater Triangle of Massachusetts to the hermit kingdom of North Korea. He has created short documentary films and series on these subjects, among others.

This episode is sponsored by Magic Mind. To check out their all-natural energy boosting formula, visit MagicMind.co/sasquatch and join a community of go-getters. You can also use our special discount code SASQUATCH20 to get 40% off your first subscription or 20% off your first one-time purchase.

Aleksandar is a 2015 Quinnipiac University graduate with a BA in Communications with minors in History & Political Science. He currently resides in New England. Aside from filmmaking Aleksandar has a passion for the outdoors as an avid hiker, backpacker & outdoorsman & has spent time in wilderness areas around North America. The Appalachian Institute for Hominology Studies welcomes Petakov’s unique insights and traveler’s tales, as we explore his several documentaries and other film exploits in search of answers to several of America’s greatest cryptozoological mysteries.