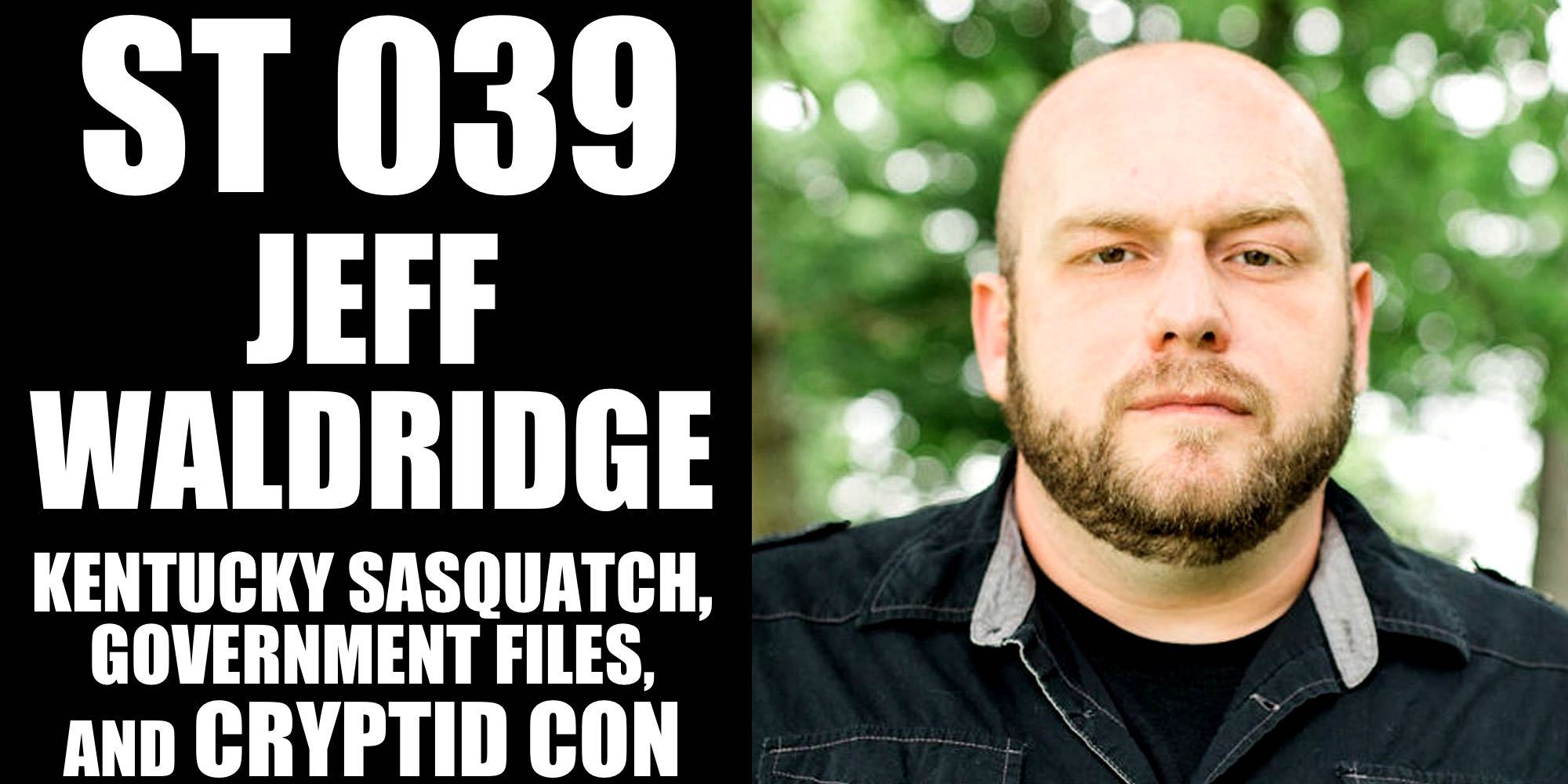 In this edition of Sasquatch Tracks, the team is joined by Kentucky researcher Jeff Waldridge, who in addition to being an expert in the study of Sasquatch, is also one of the team members behind the annual CryptidCon event in his home state.

Jeff Waldridge is a researcher of Sasquatch with an interest in cryptozoological mysteries and the unexplained. With more than two decades of experience pursuing his passion, his background in law enforcement draws on a combination of fieldwork and interviews with witnesses to possible sightings of Sasquatch and other phenomnea in the Blue Grass State. Jeff attempts to piece together a cohesive pattern of evidence in his investigations, a process that he shares with us in a wide-ranging discussion about his work in his home state.

In addition to his research efforts, Waldridge is also a partner in the group that hosts the annual CryptidCon event in Kentucky each year, where researchers, filmmakers, artists, and enthusiasts from around the country gather to share experiences and information about their mutual interest in America’s most elusive animal.