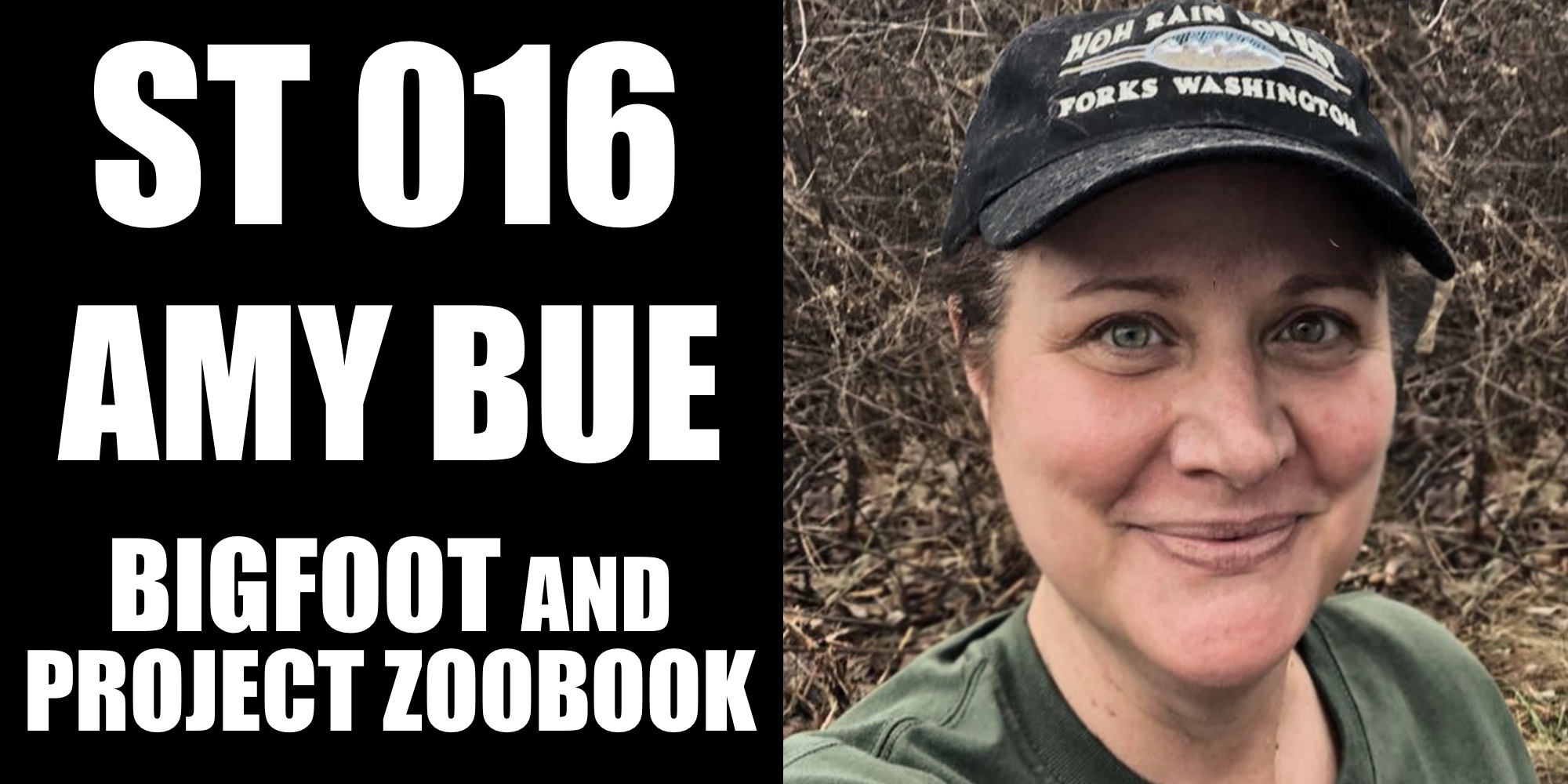 On this edition of Sasquatch Tracks, the team is joined by researcher and educator Amy Bue, Co-founder of Project Zoobook and member of the Olympic Project Bigfoot Research Team. Amy is also the head of Amy’s Bucket List Expeditions (ABLE), and a former investigator for the Bigfoot Field Researchers Organization.

A language arts teacher, writer, and editor from Ohio, Amy Bue became interested in the search for Bigfoot after seeing something strange in Ohio’s Mahoning County in 2012. While her main research areas are in Pennsylvania’s Allegheny National Forest and Ohio’s Columbiana County, Amy has traveled to New York State, Kentucky, Oregon, Washington State, West Virginia, Texas, Arkansas, and all over Ohio following up leads. Creekfoot, a well-loved biannual Bigfooting event in Ohio, was created by Amy and her research partner, Tina Sams.

Much of Amy’s efforts have been put into her Project Zoobook, a group she co-founded comprised of primate zookeepers, primatologists, wildlife biologists, marine biologists, forestry workers, archaeologists, anthropologists, university professors, law enforcement officials, and other scientists working alongside Bigfoot researchers from across the country. She was given the International Bigfoot Conference’s 2018 Dedicated Researcher Award for her work with this group.

One Reply to “Amy Bue: Bigfoot and Project Zoobook | ST 016”