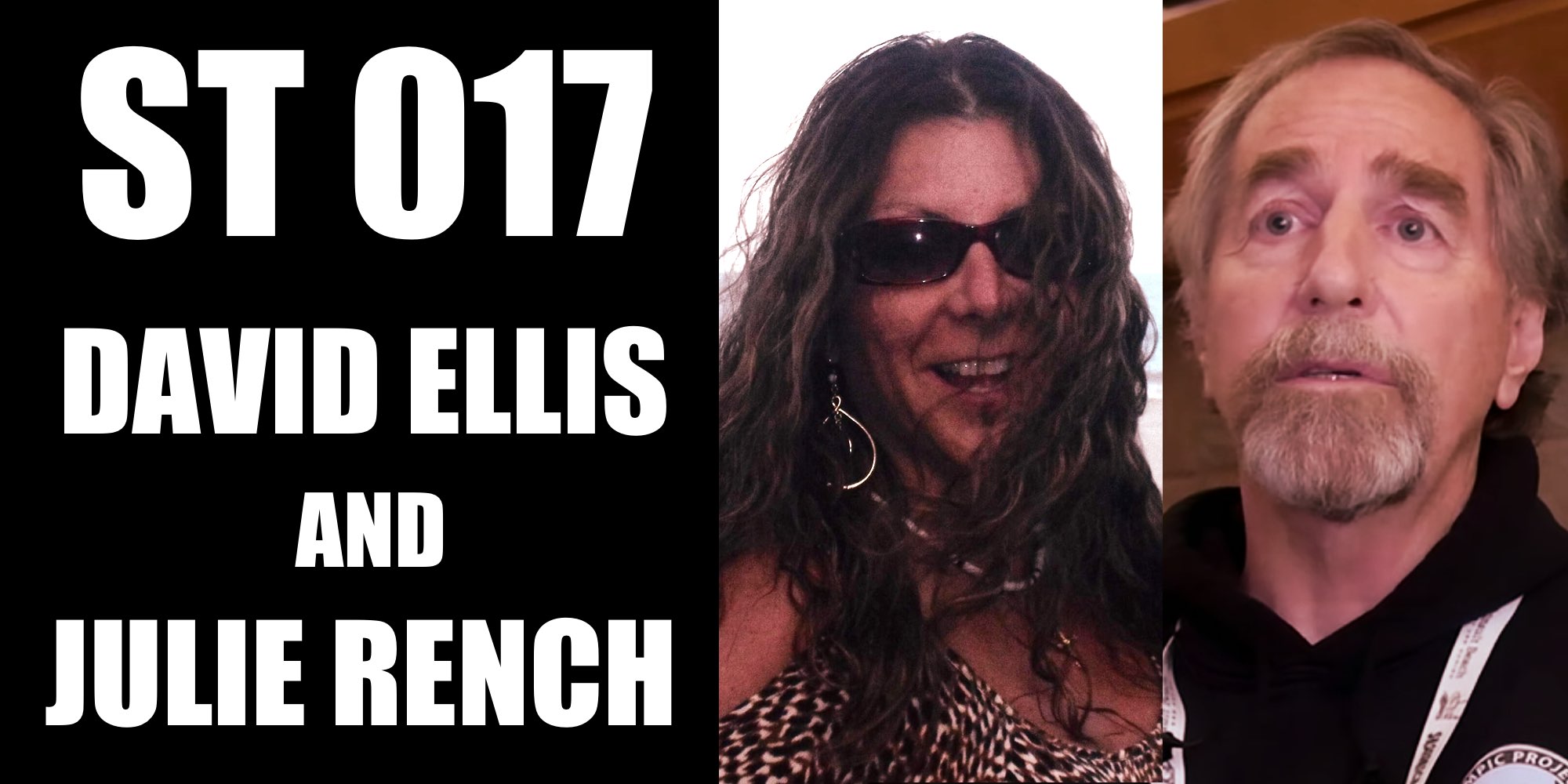 On this special edition of Sasquatch Tracks, the team is joined by researchers David Ellis and Julie Rench, who discuss their ongoing research with audio recordings of unknown provenance in various parts of the United States. Julie brings us a remarkable selection of recordings of possible Sasquatch sounds she has made near the Uwharrie National Forest in North Carolina, with comparisons to similar recording types David has been collecting for years in the Pacific Northwest.

David Ellis was born and currently lives in Washington State. He obtained his BA degree in Psychology from the University of Washington in 1974, and now retired, David lives in the Puget Sound area of Washington State. Ellis has followed the Bigfoot Phenomenon since 1963, but became involved in the field in 2006, and joined the Olympic Project with Derek Randles in 2010. In addition to field studies and track casting methods, Ellis also taught himself to record and edit field recordings. This analysis led him to collect hundreds of suspicious audio vocalizations clips which may represent Sasquatch sounds. To date, he has reviewed 1,000s of hours of audio using Bio-acoustics methods of analysis, which we’ll have him tell us more about over the course of this discussion.

Julie Rench has been a field investigator for many years now, focusing her attention on the area near where she resides, the Uwharrie National Forest, which in recent years has become a focal point of activity right here in the Old North State. Like David, investigates the possibility that Sasquatch exists, and has had an interest in unknown phenomena for several years.  She is a member of the Carolina Cryptid Research Group, a co-host on Monster X Radio’s podcast “On the Shoulders of Giants with Thomas Steenburg” and others. Julie has been conducting an audio collection and analysis project in the area, and tonight both of them join us not only to discuss this, but also to analyze some of that audio they have collected, which we’ll be featuring over the course of this discussion.