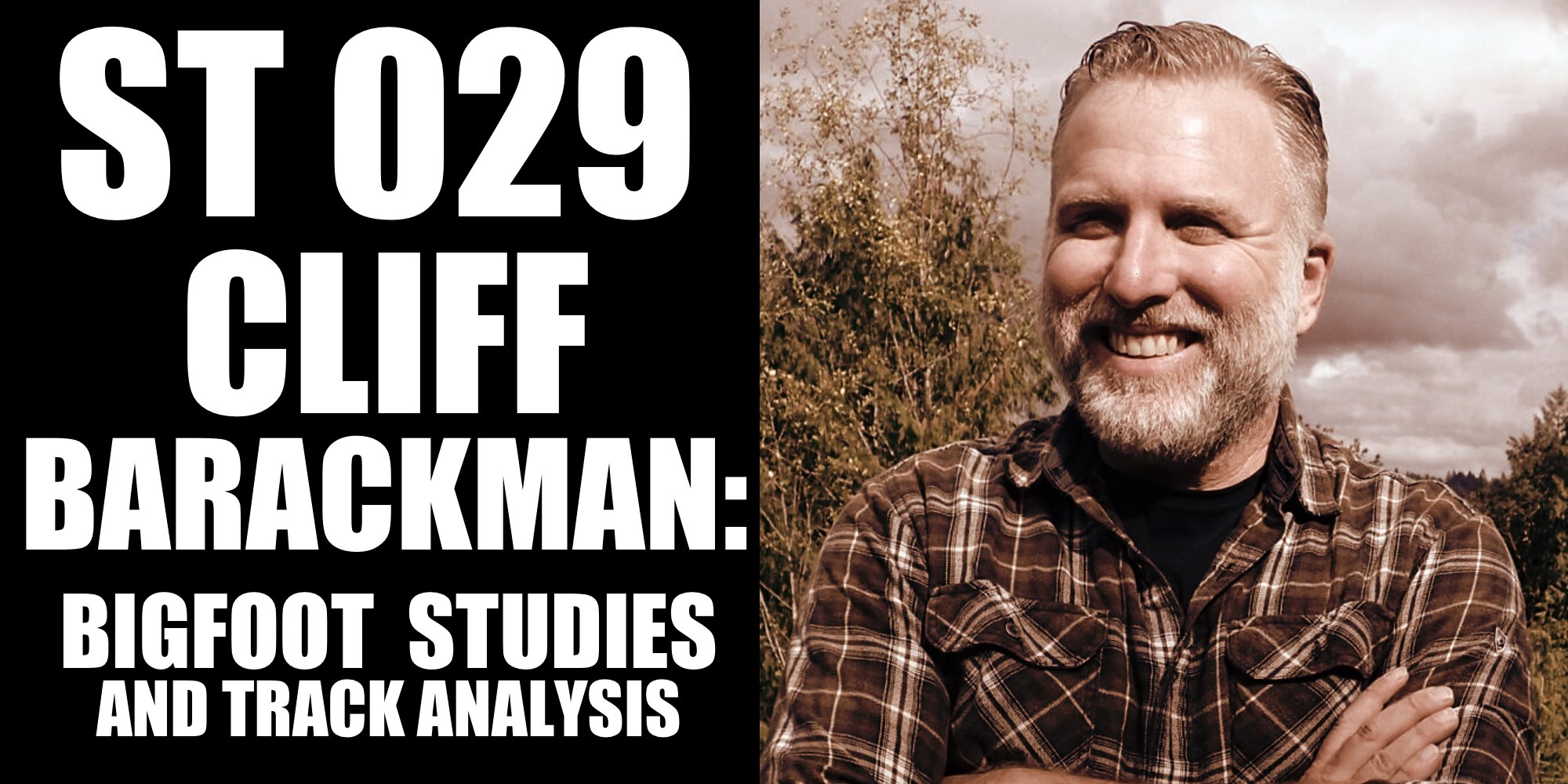 In this installment of Sasquatch Tracks, as the team reconvenes at the Appalachian Institute for Hominology Studies this week, we are joined by researcher Cliff Barackman, co-host of Bigfoot ‘n’ Beyond podcast and one of the longtime costars of the hit Animal Planet television series Finding Bigfoot.

Cliff says he has been involved with Sasquatch research since at least as early as 1994, and since that time has traveled the world visiting many continents in search of evidence of purported relict hominoids. According to his website, “Cliff is especially familiar with the footprint and handprint evidence for sasquatches, and he is the curator for one of the largest collections of cast evidence in the world.  His collection includes impressions from North America, Asia, Australia, and Europe.”

We enjoy an in-depth conversation with Cliff about his castings, how he analyzes them, and what this conveys about the reality of the Bigfoot phenomenon in this special edition of Sasquatch Tracks.