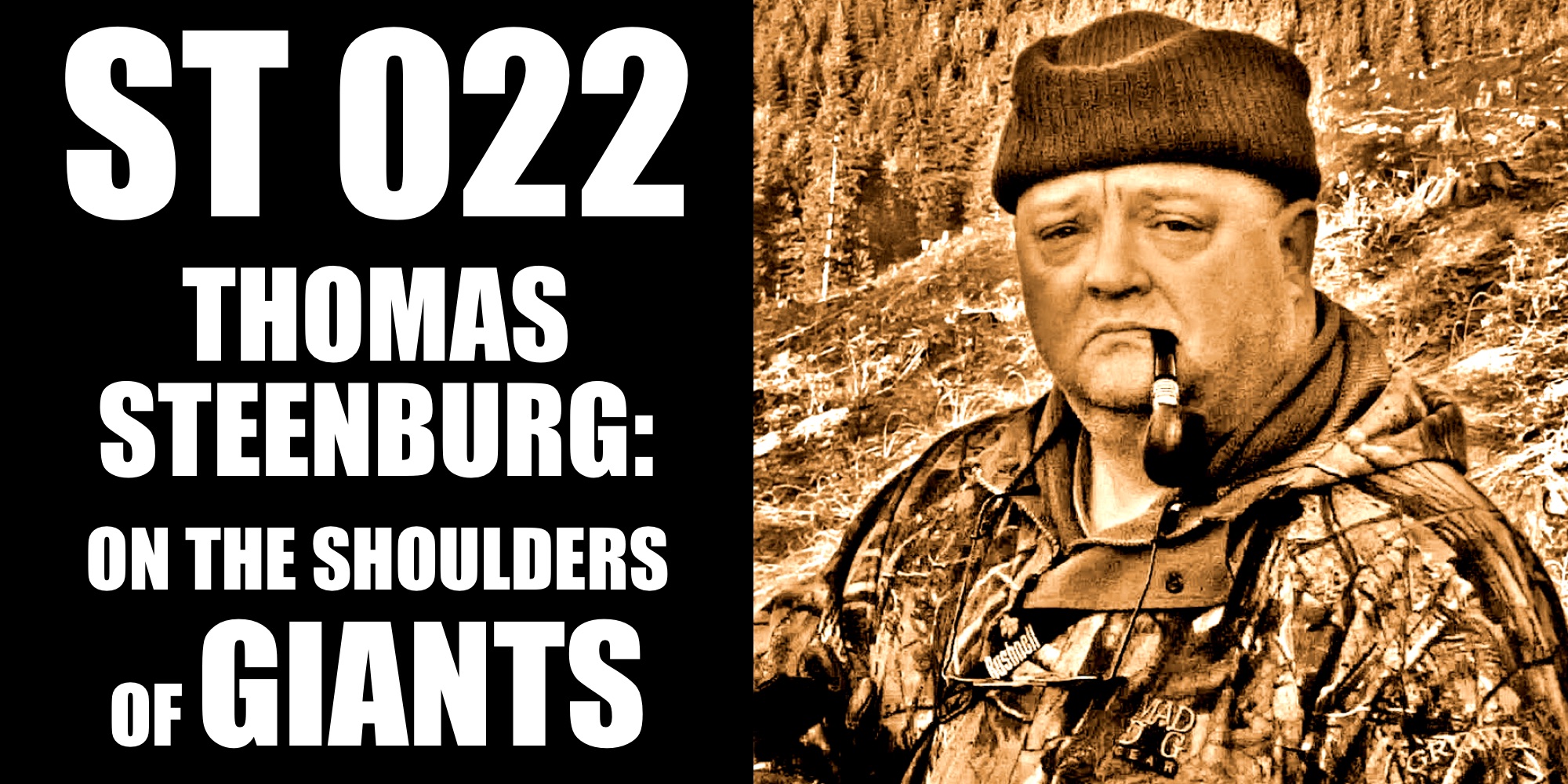 On this episode of Sasquatch Tracks, the team is joined by the legendary Thomas Steenburg, a veteran Canadian researcher who has devoted decades to the pursuit of North America’s mysterious relict hominoid.

Steenburg’s journey began at a young age following his early fascination with Hammer horror films, although his very serious interest in the study of Sasquatch from early adulthood onward has put him in touch with many of the true “giants” in the field, which includes legendary names like John Green, Rene Dahinden, Peter Byrne, and many others. Steenburg remains an active researcher and lecturer on the subject, and frequently spends time in the field searching for tracks and other signs of the elusive beast, in addition to documenting eyewitness reports that he transcribes and keeps on file.

Thomas Steenburg is the author of several books on the topic of Sasquatch and also hosts the show “On the Shoulders of Giants” where he interviews other researchers and a wide range of other guests.

One Reply to “Thomas Steenburg: On the Shoulders of Giants | ST 22”