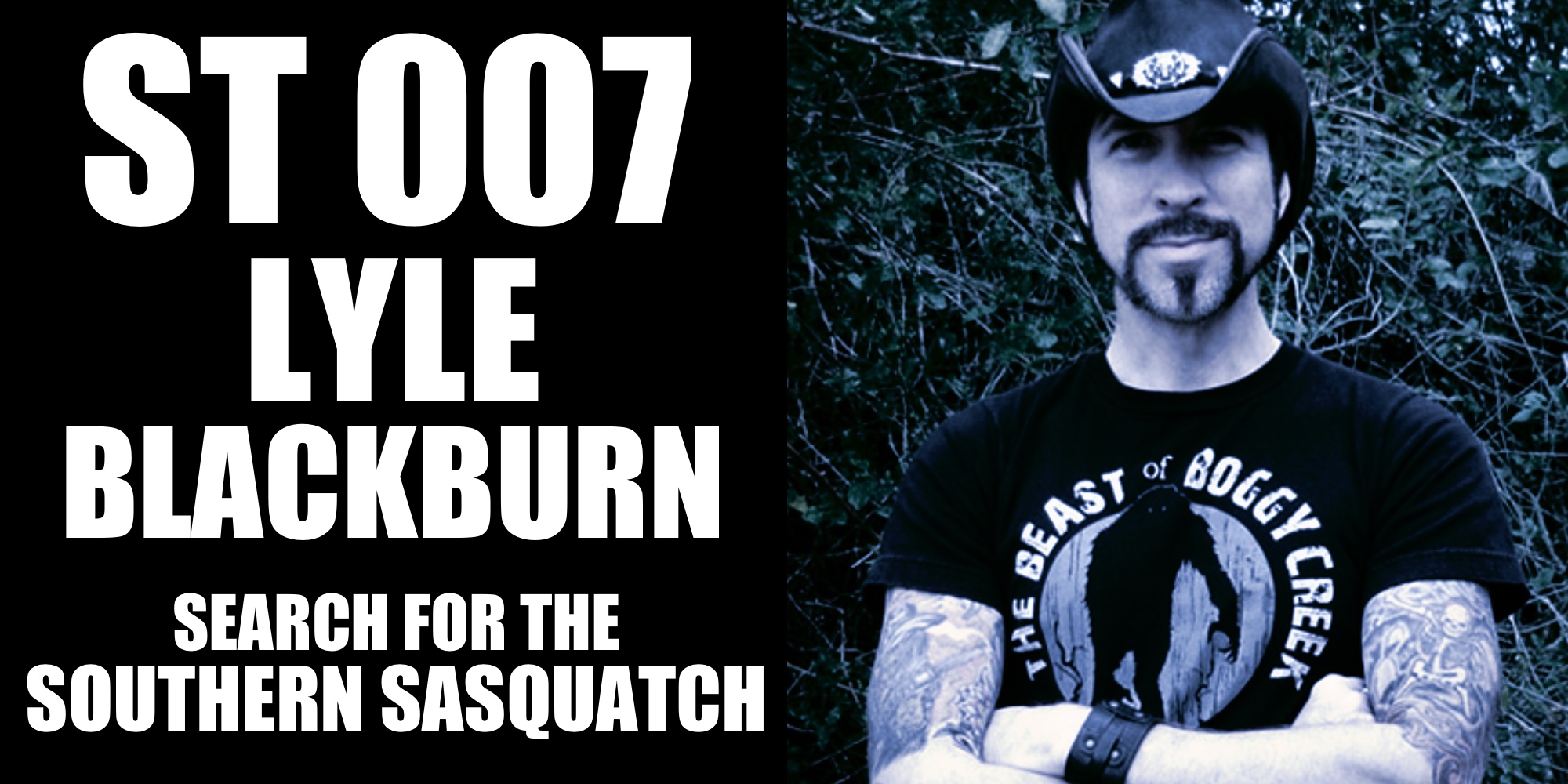 Have you ever heard of a “Hoop Snake”? This is one of many frontier legends that were popularized throughout the 19th century, but Micah leads off with a recollection by a family member who claimed, as a child, to have seen such a creature. Also on the subject of myth and folklore, we look at the claims that a large creature might have been discovered by NOAA in the 1990s, which turned out to have a simpler explanation.

Then getting to the heart of the discussion, we are joined by author Lyle Blackburn, a native Texan known for his work in writing, music, and film. He is the author of several acclaimed books, including “The Beast of Boggy Creek” and “Lizard Man,” whose subject matter reflects his life-long fascination with legends and sighting reports of unknown creatures. Lyle is also the founder of the rock band, Ghoultown, and narrator/producer of documentary films such as “The Mothman of Point Pleasant” and “Boggy Creek Monster.” We discuss Lyle’s projects, as well as his latest book “Sinister Swamps” on this edition of Sasquatch Tracks.