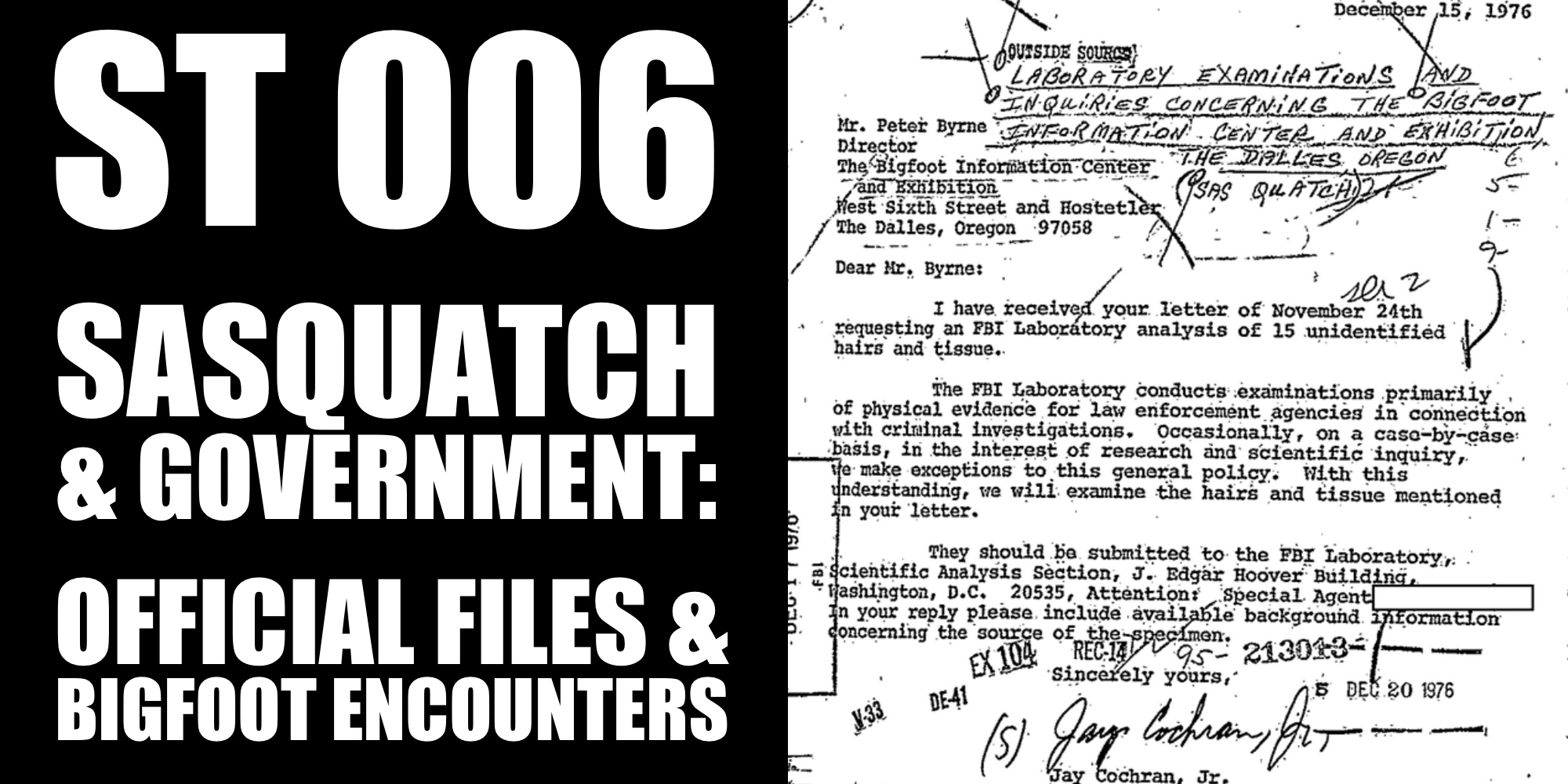 On this edition of Sasquatch Tracks, after opening news and discussion, we turn our attention to an often-overlooked aspect of the discussion about America’s Relict Hominoid: what does the government say about Sasquatch?