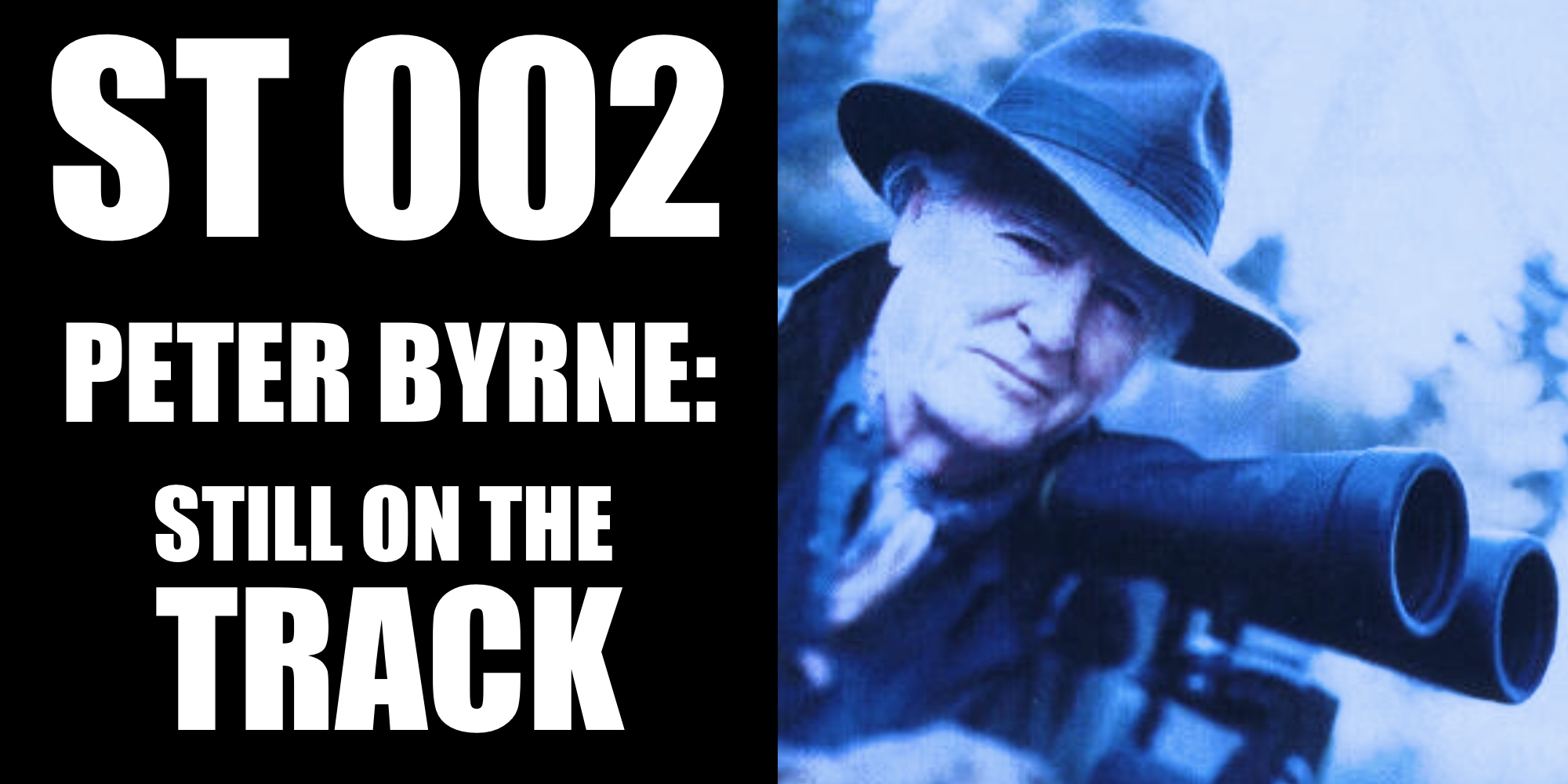 On this episode of Sasquatch Tracks, after a discussion of animal tracking where Jeff fills us in about his recent experience making paster castings of a set of well-preserved black bear tracks, we are joined by the legendary big-game tracker, conservationist and Sasquatch seeker Peter Byrne.

At age 94, Byrne may be the world’s most accomplished professional Bigfoot tracker alive today, having devoted decades of time and funding to the search for America’s most elusive animal. Byrne began his search for relict hominoids in Nepal with the famous Yeti, before arriving in America at the invitation of Texas philanthropist Tom Slick to go in search of Bigfoot in the California wilderness.

Byrne was even on the scene at the legendary film site near Bluff Creek, California, shortly after Roger Patterson and Bob Gimlin made what is arguably one of the most controversial and widely-discussed pieces of film footage of all time. We talk with Peter about his fieldwork over the last several decades, as we hear stories about the life and times of a legend who searched for Sasquatch.